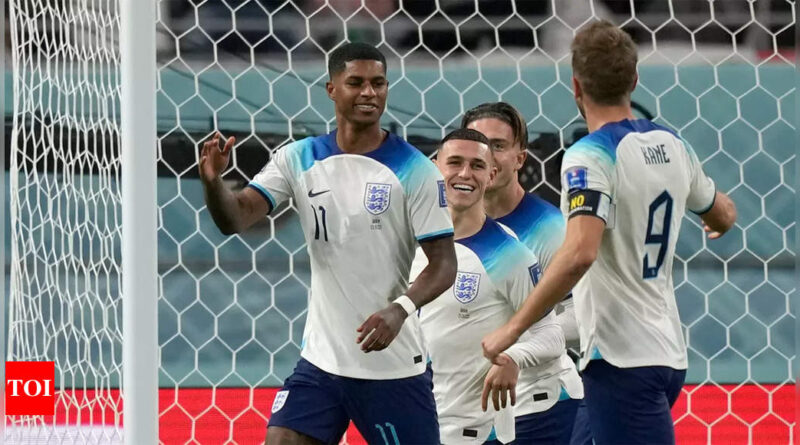 England got their World Cup campaign in Qatar off to a flying start as Gareth Southgate’s side roared to a 6-2 victory against Iran.

Jude Bellingham’s first goal for England (35) got things under way for the Three Lions before strikes from Bukayo Saka (43) and Raheem Sterling (45+1) saw them race into a three-goal lead at the interval.

England added to their lead after the break when Saka added his second of the game (62) with another smart finish, but Southgate’s side were given a wake-up call when Mehdi Taremi pulled a goal back for Iran (65).

Twitter Due to your consent preferences, you’re not able to view this.

It proved to be just that for England as substitute Marcus Rashford added a fifth with just his third touch (71) after coming onto the pitch before another sub in Jack Grealish added England’s sixth (90).

There was a minor blemish right at the death as referee Raphael Claus was asked to check the pitchside monitor by VAR after John Stones was adjudged to have tugged the shirt of Taremi. The penalty was awarded and Taremi kept his cool to send Jordan Pickford the wrong way.

Despite Iran’s late goal it was the start Southgate, who had come in for some criticism after his side’s poor run of form leading into the tournament, would have dreamed of as his side roared to the top of Group B.

8 mins: Iran goalkeeper Alireza Beiranvand collides nastily into team-mate Hosseini Majid. He is initially allowed to continue but minutes later signals to the bench to be replaced before he’s stretchered from the field.

62 mins: Saka adds his second of the game as England go 4-0 up against Iran.

65 mins: Iran pull a goal back through Mehdi Taremi.

90 mins: Jack Grealish rounds off big win for England after being set up by fellow sub Callum Wilson.

90+13 mins: Taremi added his second of the game from the penalty spot after John Stones was adjudged to have fouled the striker in the penalty area.

Off-field issues dominated the build-up to the game with England announcing just three hours before kick-off that Harry Kane would not wear the OneLove armband at the World Cup in Qatar.

Fans also had ticket problems as they attempted to enter the Khalifa International Stadium in Doha, while Iran’s players chose not sing their national anthem before the Group B game clash in support of anti-government protesters back in Iran.

Once the action got underway, England thought they should have had an early penalty when Harry Maguire was man-handled by Rouzbeh Cheshmi in the penalty area following Kieran Tripper’s corner. 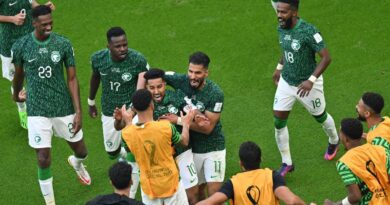 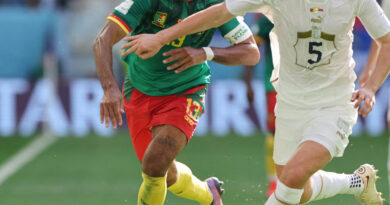