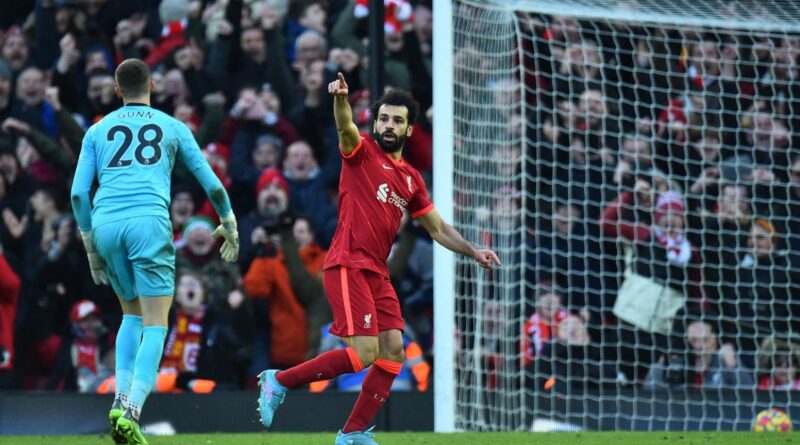 Sport
December 27, 2022 MrBarns 48 Views 0 Comments
Liverpool made a winning return to Premier League action as they restarted their bid to force their way into the top four with an entertaining 3-1 victory over Aston Villa yesterday.
Goals from Mohamed Salah, Virgil van Dijk and Stefan Bajcetic ensured the Reds recorded a third successive league win for the first time this season and reduced the gap to the Champions League places to five points.
While Liverpool’s first fixture after the World Cup break resulted in a Carabao Cup fourth round defeat by Manchester City last Thursday, Salah’s fifth-minute opener — created by a couple of sublime passes from full-backs Trent Alexander-Arnold and Andrew Robertson — gave them the perfect start on their league return.
Darwin Nunez’s wastefulness prevented the visitors from extending their lead but they were able to add a second before half-time when Van Dijk’s shot deflected in off Ezri Konsa following a corner.
Ollie Watkins and Leon Bailey had both squandered a couple of fine opportunities for Villa in a hugely entertaining first half but Unai Emery’s side were rewarded for their persistence after the restart when Watkins headed in Douglas Luiz’s cross.
Meanwhile, England captain Harry Kane scored in the first Premier League match since the World Cup as Tottenham fought back from 2-0 down to draw with Brentford.
The Bees were on course for their first win over Spurs since 1948 after goals from Vitaly Janelt and Ivan Toney, before Spurs netted twice within six minutes.
Kane, who scored one penalty and missed another in England’s 2-1 quarter-final loss to France, pulled one back in the 65th minute with an excellent header from Clement Lenglet’s cross.
“Machine” Kane can be “number one in world.”
Pierre-Emile Hojbjerg made it 2-2 with a curling finish — and neither side was able to find a winner, with Kane heading a chance against the crossbar.
The hosts had taken a 15th-minute lead through Janelt’s close-range effort after goalkeeper Fraser Forster, in his first league start for Spurs, could only block the ball into his path following Mathias Jensen’s volley.
Brentford doubled their advantage as Toney grabbed his 11th league goal of the season, reacting quickest to tap in after Christian Norgaard had headed on a corner, but it was not enough.
Elsewhere Crystal Palace boss Patrick Vieira called his side’s 3-0 defeat by Fulham at Selhurst Park “one of his worst days” in charge of the club.
Bobby Decordova-Reid, Tim Ream and Aleksandar Mitrovic scored, with Palace overpowered by their London rivals as they ended the game with nine men.
Tyrick Mitchell was shown a red card for a foul on Kenny Tete just three minutes after his side went behind, and James Tomkins followed him before the hour.
“It was one of the worst days since I’ve been at the club, not just because we lost the game. It was the way we did it, without competing,” Vieira told BBC Match of the Day.
“Fulham prepared their game really well and we weren’t brave enough to play forward. I believe we had the best chance before they scored their goal, but we didn’t do enough to deserve something from the game.
“We have to give them credit, analyse ourselves and try to bounce back as soon as possible.”
Dominant throughout, Marco Silva’s side were helped by Palace’s indiscipline, which put a stop to their hopes of a fourth straight home win.
In another match Newcastle United cruised past Leicester City with three first-half goals to claim a sixth consecutive Premier League win and move up to second in the table.
Chris Wood kick-started a dominant performance by smashing the opener from the penalty spot before Miguel Almiron glided past the Leicester defence to tuck away the second.
Joelinton headed the third from a Kieran Trippier corner for his second goal of the season as the Magpies demonstrated the clinical edge that the hosts were missing.
With England midfielder James Maddison out of the Leicester squad, as he continues to recover from a knee issue sustained before the World Cup, Brendan Rodgers’ side were toothless in attack.
Jamie Vardy was introduced off the bench to add pace to the Foxes’ attack in the second half, and he managed to get in down the side on a couple of occasions but there was no blue shirt to meet his crosses.
The Magpies are four points behind leaders Arsenal, who have played two fewer games. Leicester — who registered just two tame efforts on target in the final 10 minutes – remain 13th.
Meanwhile, Rayan Ait-Nouri scored a dramatic stoppage-time winner as Wolves came from behind to win 2-1 at fellow strugglers Everton and move off the bottom of the Premier League. A first away victory of the season proved a perfect late Christmas present for Julen Lopetegui, who becomes the first Wolves manager to win his first top-flight match in charge of the club since John Barnwell in 1978.
The visitors made far from an ideal start, falling behind early on when Yerry Mina glanced Dwight McNeil’s near-post corner into the net.
However, they levelled midway through the first period from a well-worked corner routine with Daniel Podence calmly sliding the ball past home goalkeeper Jordan Pickford from Joao Moutinho’s lobbed pass to the back post.
Nathan Jones said Southampton “wanted to be aggressive” against Brighton but instead they were booed off by their own supporters after a 3-1 defeat on his first Premier League home game in charge at St Mary’s Stadium.
Saints now find themselves bottom of the top-flight table after Wolves grabbed a late winner against Everton to move above them.
Former Southampton captain Adam Lallana scored the opener and an own goal by left-back Romain Perraud heaped more misery on Jones’ relegation-threatened side by the end of the first half.
Solly March then added a third for the Seagulls in the second half, thumping a shot into the top corner from 20 yards out that Saints goalkeeper Gavin Bazunu had no chance of saving. *BBC Sports*
Share This Post: NO JUJU…I am just a lucky man, says serial winner of retail competitions as he bags trip to Qatar World Cup 2022 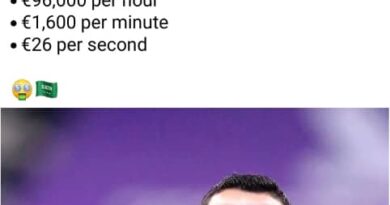