According to an unverified message circulating on Whatsapp, Macheso received the gift after captivating Tino Machakaire with his brilliant guitar playing.

Dubbed one of the best shows of the month, Machakaire village was a hive of activity as many artists performed.

According to the Herald, a mixed bag of artists drawn from across the country including sungura maestro Alick Macheso, Mark Ngwazi, DT Bio Mudimba, Peter Moyo, Jah Prayzah, Andy Muridzo and Baba Harare had been lined up on the poster.

When the two met on the few occasions they shared the stage it was usually in Harare, a place for everyone.

However, this time around Ngwazi was in his own backyard, and hometown and was expecting nothing short of an excellent performance.

Indeed, he never disappointed with his hit song Nyaradzo yababa, that left many in stitches.

Sungura ace Macheso, as has also become the norm, delivered his act. It was for the fans to judge on who enthralled them the most.

Apart from the duo, there were several artists that proved to be household names in Zimbabwean musical circles as DT Bio Mudimba.

His music, track, Kujata jata to be specific is probably more popular than his name, but at the festival, he stole the limelight.

The track Kujata jata which led him to stardom was a favourite among the fans.

He had to be returned on stage not by favour or coincidence but after Deputy Minister Machakaire asked him to replay the song due to public demand.

There was also another artiste who stole the hearts of revellers, a man who hails from Masvingo, gave himself a “Harare” name but still went on to conquer Wedza, on the day.

Baba Harare, famous for his “dirty” lyrics, showed that he can be a “baba” everywhere if given a chance.

His current hit song, “ndine hombe” which features Jah Prayzah was people’s favourite as they sang along with him.

It was more than a show as deputy Minister Machakaire also dished out several goodies to the elderly people from his constituency.

Community leaders also went home smiling after being given hampers.

It was also brisk business for the local community that were selling various items, including food stuffs and alcohol.

“This year’s festival was on point. There were a variety of artistes from all genres which gave us a wide choice,” he said.

Sheila Makumbo from the host, Machakaire village, was enthralled by some of the top-notch performances delivered.

“For me Baba Harare nailed it. I was excited to witness him perform live on stage. We want to thank Deputy Minister Machakaire for giving us the opportunity to watch these artistes for free,” she said.

Another reveller, who only identified himself as Dread Tindo said Mark Ngwazi defended his home territory with pride.

“I respect Macheso and rate him as the best sungura artiste, but today our own Mark Ngwazi showed us that sungura is still in safe hands,” he said.

Inter Africa founder and chief executive Dr Leonard Mukumba and wife who were also guests at the festival were also introduced on stage.

However, there was a slight glitch on stage due to poor lighting after a minor ekectrical fault. 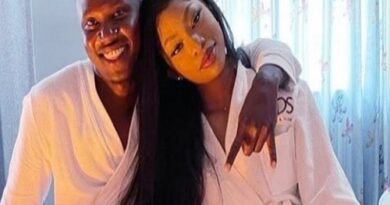 Vuzu parties must be outlawed!