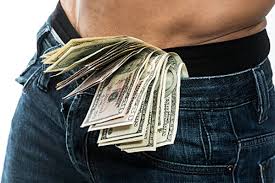 Pretty Matekenya sat with her children in their small apartment in Luton, United Kingdom, just gazing at her payslip.

Since she moved to England, she felt pressure from her relatives in Zimbabwe to send money. She chuckled sadly and said, to herself “People say that there is a tree behind your house in England which has leaves of pounds.

“They believe you just wake up and collect as much as you want. So they expect money from you anytime.” Before you leave, you promise your friends and relatives that you will not forget to send them money.

“But when you arrive in the United Kingdom you see how hard life is here and you don’t send any money. People say that you are now proud and do not care about them anymore.”

The “Catch-22” that Pretty describes here—of feeling pressure to send money to her family in Zimbabwe and her feeling that they do not understand how difficult her life is in the United Kingdom or how little she can afford to send this money—is a recurrent topic of conversation, source of anxiety, and motivating force in many new Zimbabwean migrant communities throughout England.

Yet in the literature on remittances, the perspective of the sender has not received much attention. Nobody considers the pressure that is placed upon Zimbabwean Diaspora and immigrants who have just moved to the UK.

Life for immigrant communities in the UK remains gloomy, but many put on brave faces when they talk to those back home. All is not rosy abroad.

In January this year, a Zimbabwean woman’s body was found in an abandoned house in Manchester after a cold-blooded murder.

She had previously survived a suicide attempt as a result of unbearable family disputes over money sent to relatives in Zimbabwe without her man’s consent.

No doubt the zeal to please those at home has destroyed the lives of many Zimbabweans abroad. This has been the story even to those who have been in the UK for some time.

Many of the relatives have this sense of entitlement. They believe that once you are in the UK you have to send money. The relationship is money and money and money.

Late last year, in Manchester, a 29-year-old Zimbabwean woman, a mother of three, was stabbed to death by her lover in their apartment.

The man who had been cohabiting with this lady later confessed to the police that they had been having ‘relationship issues’ because of money sent to relatives in Zimbabwe without the other party knowing.

He confessed to killing the girlfriend, saying he felt he was a victim of theft.

These problems and deaths are the result of the desire by Diasporans to please people back home, projecting a false image that all is well.  There is another example involving a Zimbabwean, who had become a British citizen.

Four years ago, a 38-year-old businesswoman killed herself because of ‘pressure from Zimbabwe’.

Everybody asked for money from her, but the husband was not amused.

The woman, a nursing manager, an expatriate from Zimbabwe who lived in London was a high achiever working for NHS Trust.

She had claimed to be ‘feeling pressurised’ by the family back home.

The family wanted to be financed for everything but clearly some partners do not understand the need to help extended families. Requests from home became problems and eventually she killed herself.

Again the flooding of many Zimbabweans to the UK has created diaspora orphans’ over the course of the great track to England. The situation over this phenomenon reflect a range of real emotional and practical problems encountered by children and youth with parents abroad.

But they also highlight the ambiguity of moral judgments of emigration and émigrés, and the crisis of expectation that assumptions of diaspora wealth have fostered within families and among those remaining behind.

The negative stereotyping of ‘diaspora orphans’ reflects the moral discourse circulating within families, schools and society more broadly, which is revealing for the light it sheds on unfolding debates over changing parenting, gender, and extended family obligations as these have been challenged by crisis and mass exodus. These are some of the complications that accelerate homicidal relationships and ruthless submissions.

The Zimbabwean abroad faces two sharp sides of the sword; pressure from home and brutality in the UK.  Ways in which immigrants are abused in the Diaspora are nerve-racking. They are not given the respect they deserve at work. It starts from inflated rents by fellow Zimbabweans who will be subletting.

On the other hand, the brutality on foreigners in the UK defies logic. Also note that in the UK, abuse is not only defined by physical violence. Emotional torture is the most common among immigrants in England. We have a huge number of professionals who left Zimbabwe while they were well up but lured to the slave yard. They have now been reduced to beggars in the UK.

Their qualifications are not recognised.

?Care work is normally a nice name for those who look after the old and clean after their ‘mess’.?But then, life is so demanding in the Diaspora.

There are bills to settle in the UK and family to take care of in Zimbabwe. The most painful thing is that sometimes those back home are never satisfied, moneywise.They financially strip one naked, putting so much pressure until one thinks death is the only way out. Sisters fleece their brothers while fathers demand a millionaire’s life on the pocket of the poor bottom-scraping Diasporans. In the UK, what is most painful is that some abusers are fellow Zimbabweans. So you are abused from home by your blood and abused abroad by your countryman.

The idea of going back home without anything is repugnant and repulsive. The fear of being ridiculed by those left at home gives one the ‘courage’ to stay in such stinky horrific relations in order to get something.

There is no good reception if you go home empty-handed, they say. At the end of the day, such a quandary only leads to rampage and suicides. The ‘pressure’ people back home put on those in the Diaspora has certainly created many graves.  No doubt some people have actually become mentally disturbed.

It is important to note that being in the Diaspora doesn’t necessarily mean one is ‘loaded’. Actually coming home for a holiday is sometimes painful and distressing. Everyone expects something, but no one gives you even a wild fruit to take back to the UK. In that regard, people back home must always remember that their ‘pressure’ can sometimes be fatal.

Yes it is true that  remittances are the glue that holds many families together. They are a means by which individuals living abroad away from their extended families, actively fulfil their social obligations and play a meaningful role in their communities despite the physical distance that separates them. The web of obligations to which they are beholden not only provides a necessary lifeline to those living in Zimbabwe but can also help bind together those living in the diaspora.

The result is the strengthening of this transnational community that exists in multiple localities simultaneously. Remittances help families to stay together not only through their economic power, but also through the communication and sharing of affective ties that such exchanges make possible.

Through remittances, existing social ties may be reinforced and new ties may be formed between people who come from the same family. Rather than serving as an agent to maintain the status quo of social relations, the practice of sending and receiving remittances should be seen in a more dynamic sense as a medium for negotiating and creatively reinterpreting social relationships. This economic trans- action therefore takes on additional significance; its social function can be transformative.

The only problem is when those at home demand the money and pile pressure on the one abroad.

You must always remember everyone is fighting for his family and who will fight for your children if you keep sending all your money home. 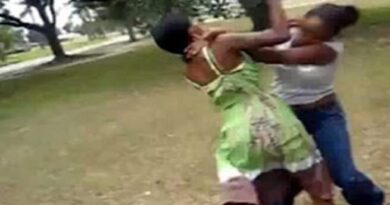 Woman cuts hubby’s girlfriend’s hair with scissors and whips her with a sjambok, video goes viral 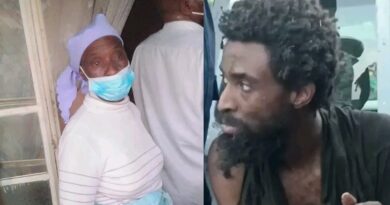 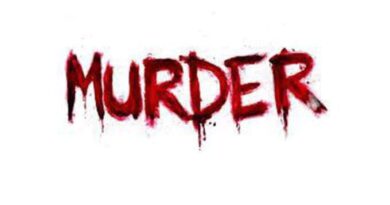